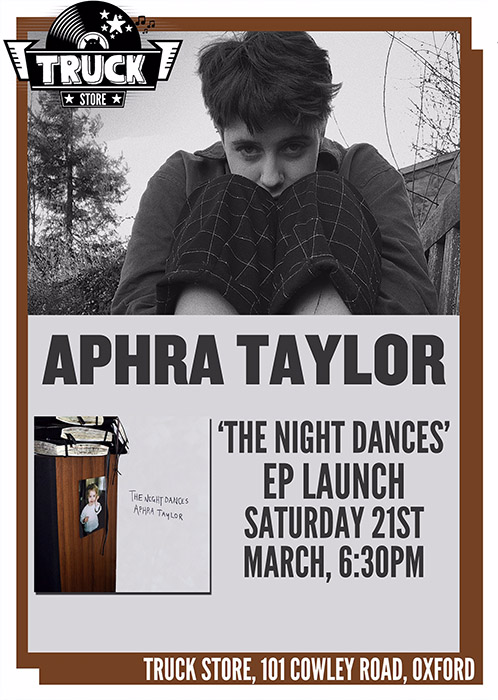 POSTPONED DUE TO CORONAVIRUS! 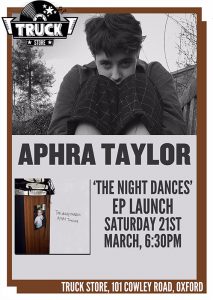 ‘Fast becoming a favourite live act on the local scene – we can attest that she’s great because she’s played a set on our little stage before – we’ve got local musician Aphra Taylor launching her EP, ‘The Night Dances’ with a live set for us on Saturday 21st March.  Named for the Sylvia Plath poem that describes how, as a toddler, Plath’s son would appear to dance about in his crib at night, the EP ‘was home recorded over a seven month period on a ten year old Macbook whose screen died and was replaced by a TV mid recording…’ ah, that’s the DIY spirit of the Oxford music scene we know and love!  We’re sure that in the live setting Aphra’s clear, haunting voice will add an extra layer of magic to her introspective compositions, making this a show not to be missed.

You can also catch her supporting Max Blansjaar the night before, courtesy of the brilliant Divine Schism.  Don’t say we never invite you to anything’.